It all started on a cold, windswept night in August. Everyone knew something was afoot. The chickens had stopped howling and the air was full of the sounds of dying dreams and hopes unfulfilled. Only a war-scarred gladiator and his bound concubine would dare sire a son on such an inauspicious night. But the prophecy was not to be forsworn. He would be born, and by his wily cunning and agile ways, named after the fox, a creature red with passion and fire in his heart. As the years passed, he toiled in obscurity. It has been surmised, that perhaps, he had become like a wild animal that had been kept too long. Perhaps, but whatever… freedom… so long an unremembered dream, was his. And so it was until the time of his awakening by those who knew not what they had done… nor what lay in store… and now let me tell you of a time of high adventure…​

« Back to About Us 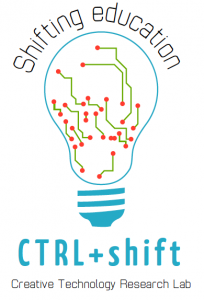 CTRL-Shift is a professional and social group comprised of K-12 school practitioners, community members, entrepreneurs, & faculty and staff at the University of Illinois at Urbana Champaign. We gather to discuss and celebrate computer science in the K-12 schools as well as support and research school-based implementation of computational thinking.